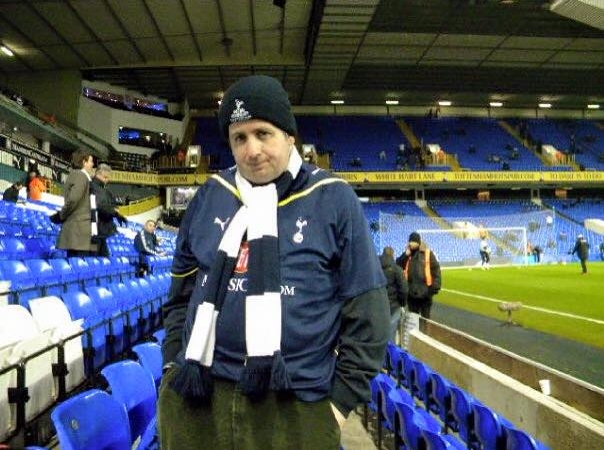 Lifelong Tottenham Hotspur football fan and Synergy Network employee for the past 20 years Malcolm Mc Donagh describes below his recent experience as his team took part in the most important game in its 137-year history, the UEFA Champions League Final.

I have been a football fan my whole life. Despite not being an active player in my youth or at school, my passion for the beautiful game started young and has been a huge part of my life. It was during the Mexico World Cup in 1986 that I fell in love with the game and knew that I would be a devoted fan for life. In school, my classmates taught me how the football league system worked and the laws of the game.  As a non-player, my hunger to learn more about the game was beginning to grow.

After Mexico ’86 I began to seek out and discover local football teams in my hometown – Sligo. Our local team was Sligo Rovers whom I started to follow in around 1987 or 1988. I even managed to get my Dad to return to the showgrounds to follow Sligo Rovers after ten years. He had stopped supporting Rovers in order to spend more time rearing his young family and going to Irish dancing Feiseanna with my sister.

Football had come into my life and for my dad it was returning into his life after a long absence. We got to enjoy the experience together and it was a great way to connect with my father during my teenage years as we shared the ups and downs of supporting Sligo Rovers. In the late 80’s, it was mostly downs as Rovers struggled to keep up in the league of Ireland.

If Sligo Rovers was my first team then my second team was the Republic of Ireland senior football team.

In 1988, the boys in green qualified for Euro ’88 European Championships and it was Ireland’s first appearance in a major football tournament. I always remember the heat wave that hit Sligo on that Sunday in June of ‘88 when Ireland played their opening game against England. Ireland won the game 1-0 and announced our arrival on the European football stage. The success of Germany ’88 led Ireland to finally qualify for the world cup tournament in Italy 1990. Our opening game was another rematch of Ireland v England and this time it was honours even in a 1-1 final score. For many, Italia ’90 was the first time since the foundation of the state that Irish people could stand behind our tricolour flag and announce to the world our place within the sporting world.

The Italia ’90 World Cup leads us all the way to a quarter-final meeting with Italy in Rome which Ireland lost (1-0).  Other World Cups would follow – America in 1994 and Ireland got revenge on the Italians by beating them in Giant’s stadium, New York.  It would be 8 more years before Ireland would qualify for its third and recent world cup in Japan / South Korea in 2002. When the boys in green qualified for another World Cup, I knew that I had to be part of the action.

I travelled to Japan in June 2002 and watched Ireland play in the first three group games against Cameroon, Germany and Saudi Arabia. The trip was an experience of a lifetime. Most of my holiday plans during the years following that trip were built around sport and travel. I went to the following events:

The Republic of Ireland would have to wait 10 years after Japan before they would qualify for another tournament. We reached the European Championships of Poland 2012 and again France 2016.  The past glories of our early days would not be repeated. For Ireland, the 18-year-wait to return to the World Cup continues.

And now back to Spurs and the subject of this story. By the summer of 1989, there were 2 football teams in my life: Sligo Rovers and Ireland. Most of my friends also had an English football team that played in the top division of English football. In Ireland, in the late ’80s, the most obvious choice for a young fan was to be a Liverpool fan. Its fans were mostly built on the Irish heritage that Liverpool share with the emerald isle. However, I do things differently and I did not want to follow the crowd. I wanted to seek my own unique team to call my own.

During a short holiday to London in October 1989 I took my first visit to White Hart Lane to see Tottenham Hotspur play Sheffield Wednesday. Spurs won the game 3-0 and it was then I knew I would be a Lillywhite fan for life. In 1991 Spurs would win the FA Cup for the 8th time and our last time to do so. Spurs went on a short tour of Ireland taking part in a friendly game against Sligo Rovers in July 1991. This time I had to sit on the fence regarding my loyalty as I supported both teams. But ever since that game, I have always based my level of allegiance to my team in the following ranking: (1) Town (2) Country (3) Spurs.

During my college days, as well as my early days at Synergy Network, I would travel over to London on a regular basis to see Spurs play, together with some other Sligo Spurs supporters. We set up an official local Spurs supporters club know as Sligo Spurs. The club has now been running for twelve seasons and I have been the chairman and secretary during that time.

In 2010, Spurs qualified for the UEFA Champions League for the first time after falling to qualify for years. The Champions League was the most prestigious football tournament in Europe. The winner would earn the right to call themselves champions of Europe for that season. In Spurs’ first outing in the Champions League in the 2010/2011 season, we made our way to the quarterfinals only to go out against Real Madrid.

The arrival of Spurs’ current manager, Mauricio Pochettino, in 2013 meant that Spurs continued to qualify for the Champions League. In each subsequent year, Spurs would have mixed outcomes each season from the group stage only to second round appearance. We had never made it to a semi-final since Spurs played Benfica in the old European Cup 1962. In 1962 Spurs fell at the semi-final stage. The dream of winning the European cup was over for that season.

For the next 57 years, Spurs fans everywhere would have to wait until this year before we would get the opportunity to take our place in the final of the Champions League.  With a quarter-final victory over Manchester City, and a semi-final victory over Ajax in Amsterdam when 3-0 down in the second leg, Spurs scored a hat-trick that took us all the way to the final in Madrid on 1st June.

For a Spurs fan, making the final was unchartered territory. Firstly, the hunt for tickets and flights would begin. Just our luck that the year Spurs qualified for the final, another English team – Liverpool FC – would also qualify to set up an all English Champions league final in Spain. Liverpool won their semi-final on Tuesday night. By the time Spurs won on Wednesday, most of the flights from Ireland to Spain had been already been bought.  Those that were left were crazy high prices that were outside my price range.  During this season’s Champions League, I had watched all the games with Dad at his house. For the final I agreed to join him at his home to watch the last game on 1st June 2019.

The first surprise was the announcement that Harry Kane was in our starting eleven. Harry had not played since being injured in the quarter-final home game at our new home against Manchester city.

To place a player in their starting eleven who had not played in over two months was a risky decision that could be a deciding point of the whole game. I know it’s easy now in hindsight when we look back on the game to say what I would have done if I were manager. If I were in his shoes, I would have rewarded Lucas Moura, whose hat-trick in Amsterdam got Spurs into the final and I would have left Kane on the bench. If Moura played poorly in the final then Harry Kane could be brought off the bench as a sub in the later part of the game.

Nonetheless, Kane was in the starting eleven as Spurs kicked off in our most important game ever. After the first 30 seconds Liverpool were awarded a doubtful penalty kick when the referees adjudged Sissoko to have hand balled. The camera clearly showed that the ball hit his chest. But the decision was made and in the second minute of the final Liverpool were ahead by one goal. Mo Salah scored Liverpool’s first from the penalty spot.

The rest of the final was an uninspiring event. Liverpool played poorly in the first half in sharp contrast to their recent run in the premier league. They finished second behind Manchester city only losing one game all season long. They were also only one point behind in the final table. Fans were hoping that Liverpool would lose one more game and the victory would go to the north London side. Spurs continued to push forward and enjoyed the lion’s share of possession.   They were unable to get the goal that would level the score.

Liverpool picked up their game in the second half. The decision taken by the Liverpool manager to inject pace into the game pulled off. In the eighty-seventh minute, Origi scored Liverpool a second goal to make the score 2-0 to Liverpool. As that goal hit the back of the net, the heart of every Spurs fan was broken. We knew that our chance of becoming Champions of Europe was over, for this season at least. The match ended with the same score line and Spurs would have to settle for silver medal on this occasion.

As I look back at the disappointment of the final, I look  with pride on the way Spurs played this season.  I know that it was not to be for us this year.  If we continue to dream or continue to dare then some year soon, our time might come to be champions. As the motto of spurs goes, ‘To Dare is to do’. Until then I continue to dream and continue to follow Spurs and the beautiful game. COYS  (Come on You Spurs)