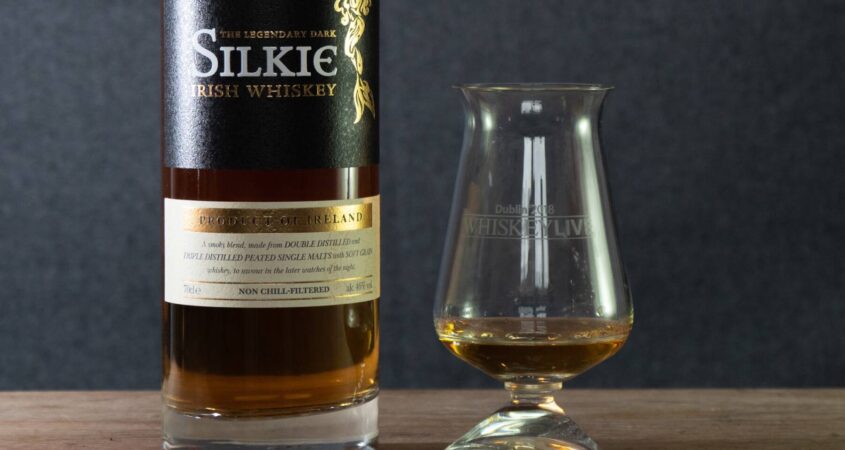 We at Synergy Network are proud to engage with clients the length and breadth of the country. The company we would like to focus on in this blog is Donegal based Sage 50 client Sliabh Liag Distillers. James and Moira Doherty tell the story of how they have adapted to the Covid 19 crisis and how their business has gone from strength to strength. Slainte!

At the outset of Covid-19, Donegal’s Sliabh Liag Distillers diverted their attention from producing their artisan spirits and running intimate distillery tours, to supporting front line workers and the community by producing hand sanitiser. In a gesture aimed to help the most vulnerable people in the county, James and Moira Doherty, managing directors, donated the first 1250 litres of sanitiser produced to nursing homes, hospitals and community groups across Donegal.

Sliabh Liag Hand Sanitiser is produced at the An Dúlamán Gin Distillery in Carrick, using neutral grain alcohol with added seaweeds and ivy, making it kinder to the skin. The consistency of the sanitiser means it can be used in spray bottles to sanitise surfaces as well as in dispensers for hands. While initially their 185ml bottles were more popular, they now see a shift to sales of the 1 litre bottles that they produce exclusively for businesses.

James Doherty notes “As businesses across the country begin to reopen their doors after lockdown, it is vital that both staff and customers are protected. We have had the pleasure of dealing with many local and national companies in the past few weeks. While our expertise is in producing award-winning spirits, we are delighted to be able to offer a high quality, affordable, Donegal made product that helps businesses operate safely while supporting another local employer.”

Alongside the production of hand sanitiser, the Sliabh Liag Distillers team are now back producing their award winning An Dúlamán Gin, Silkie Irish Whiskey and Assaranca Vodka and have found time to launch a new whiskey – The Legendary Dark Silkie Irish Whiskey – that has received much acclaim both in Ireland and internationally and is the first addition to the Silkie Irish Whiskey range. Dark Silkie has at its heart a triple distilled peated malt, giving an incredibly rich sweet smokiness to the blend. And with this release, Sliabh Liag Distillers are reintroducing a smoky flavour to blended whiskey similar to the whiskeys produced in Donegal in the 19th century and are setting the scene for the whiskeys that are to come from the Ardara Distillery.

Despite some setbacks due to the recent restrictions, works are once again underway for their new €10m whiskey distillery in Ardara, Co. Donegal and James Doherty, Managing Director hopes to be distilling whiskey there in spring 2021.

Speaking on the progress, James Doherty said “Work on the site at Ardara is still progressing and though there is an inevitable COVID delay, we are now getting back on track in terms of the build.”

“The Company is now entering the next phase of fundraising for the new distillery build with the launch of our Crowdcube campaign on August 26th, more information can be found here https://www.sliabhliagdistillers.com/crowdfunding”.

James and Moira also want to get back to offering tours of the Gin Distillery later in the summer, speaking about reopening to the public,

Moira Doherty said, “We’re very much looking forward to welcoming customers back to the distillery when we can do so safely. We cannot say exactly when we will open but if people follow us on social media there will be regular updates”.

Sliabh Liag Distillers online store is now up and running, where customers can purchase their award-winning spirits as well as their small 185ml bottles of hand sanitiser. For the larger 1 litre bottles which are exclusively available to businesses, customers should call the distillery on (074) 9739875 or email toursandshop@sliabhliagdistillers.com.

We'd like to set Google Analytics cookies to help us to improve our website by collecting and reporting information on how you use it. The cookies collect information in a way that does not directly identify anyone.